Warrington Wolves - Man Behind The Camera 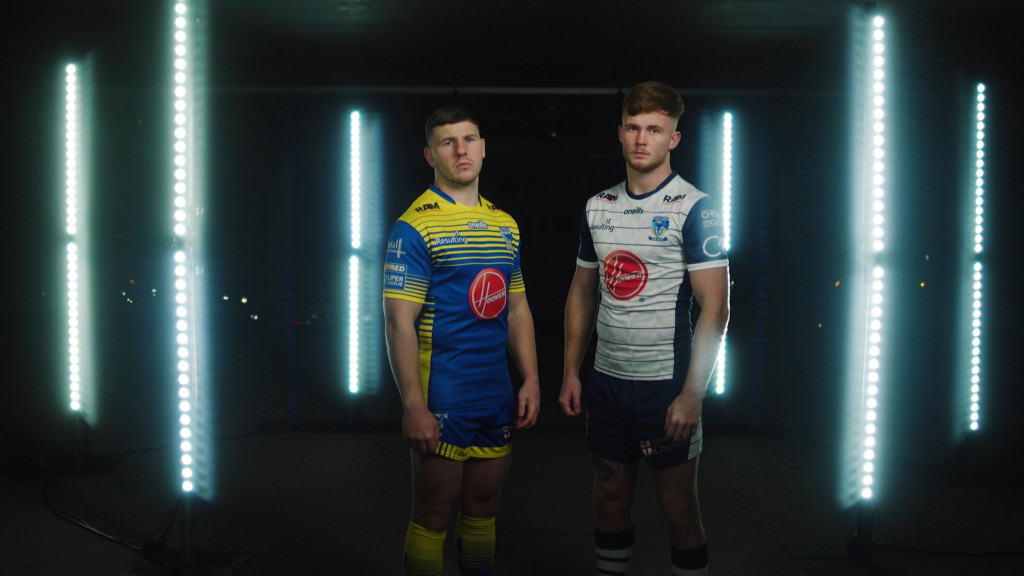 I recently featured in a Warrington Wolves matchday programme where I was asked a few questions about my career in video production so far.

MAN BEHIND THE CAMERA:
Have you ever wondered who puts together the amazing videos for Warrington Wolves from club promos to game day? Well may we present to you Graham Kirk.

What first got you interested in this area of work?

I took Media, Film, and Photography at college on a bit of a whim, really. I didn’t know what I wanted to do career wise so just took something which sounded fun, and it was! I’d love to see now how terrible my first efforts were at filmmaking. We created a documentary on the topic of hair and a short horror where I had to ‘act’ because nobody else in the group would. The tutors were great and inspired me to go to university where I studied TV at UCLAN.

The variety of work with different clients helps to keep it interesting. Every job is different, and with a lot of the work I have creative freedom to put my own stamp on things which I appreciate. Having said that, the best thing is simply that it’s never felt like having a real job! And long may that continue.

How did you get involved with Warrington Wolves?

It was completely out of the blue. I received an email via LinkedIn, had a call, went for a meeting and the following weekend I was filming Warrington Wolves beat Hull KR. On occasion I’ll watch back some old work to see how I’d do it differently today, but I’m still quite pleased with that edit.

What is it about working with the club that you enjoy most? Has there been a highlight?

Definitely the big games when the crowd are really up for it. The best of which so far being the semi-final v St Helens in 2016. On a personal level filming the subsequent Grand Final at Old Trafford was a great experience, sadly the result didn’t go our way. Hopefully this year we can go one better.

Is there a piece of work you’ve done for the club that you are most proud of? Why?

There are a few that I’m pleased with, particularly this season’s Widnes gameday video and the Charnley announcement video, simply because it blew up on social media with over 100k views. But I’d lean towards saying the 2018 kit launch video. I had an idea of what I wanted to capture which involved a few different lighting set ups, however we ended up with just 40 minutes to film with the players as timings got pushed back. The plans went out the window and I just had to make the most of what I had left. I love a bit of a disaster though, I think the pressure brings the best out in me and my work!

Is there anything tricky about working with professional sports people?

Akin to above, the players have tight schedules which often means you have very limited time with them. You often get just one chance to nail the shot, I can’t ask them to score that try again just for me.

What are your career goals?

At the moment it’s going really well but perhaps I would like to pick up work on higher budget projects where I can work as part of a bigger crew. Then in a few years maybe working in partnership with someone to run my own agency.

What does a typical week involve for you?

What do you like to do away from work?

At the minute, wedding planning and saving for a mortgage. All the grown up things now I’m 30. I’d like to travel as much as possible in the next couple of years, Japan, Hong Kong and USA top of the list. I need to squeeze it all in before any children arrive.

By: Graham Kirk | 15th Mar 2021
Videographer: Creating Content for a Pro Sports Team
We use cookies on our website to improve the customer experience. Your cookie settings can be changed at any time through your browser settings. I understand